Origin and history of the American Staffordshire Terrier

The American Staffordshire Terrier is a dog of English origin. Its origin goes back to dogs that helped British butchers to control the wildest bulls. Later, the ancestors of this breed of dog, like the American, were used for animal fighting.

Eventually, the American Staffordshire was able to shed this stigma and developed its offspring separately, as recognized by the American Kennel Club (AKC). In fact, it became very popular in the United States, where a more muscular variety than its English variant was bred.

There are several types of American Staffordshire whose main distinction lies in the color of their coat.

Within this classification are: 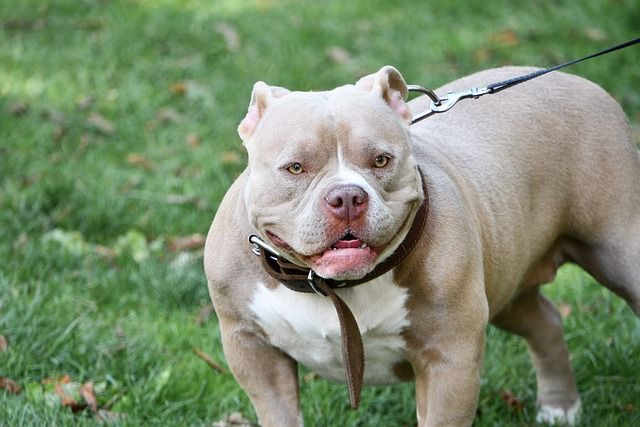 Regardless of its variety, the American Staffordshire is characterized by a short, glossy coat that is hard to the touch.

The American Staffordshire puppy stands out for being a sociable dog with a marked protective character over the members of the family. At home he is calm and quiet, acting also as a guardian; while outside he can be impulsive and stubborn.

Therefore, early socialization is important so that he can live peacefully with other people and animals. In addition, it is a dog that learns quickly and is also curious. So to have a balanced American Staffordshire Terrier it is necessary a good education by its owner. Nor should we forget that this is a dog that requires daily exercise from puppyhood, especially considering the strength it possesses.

The American Staffordshire is a cheerful, extroverted and trusting dog with people. However, its character depends on the training it receives.

It tends to be calm, affectionate and attached inside the home, being able to even take care of the children in the house. And once he goes outside, he becomes more active and dynamic, always looking for stimuli. For all these reasons, it is essential to educate him from the time he is a puppy, so that he can relate in a healthy way with other animals and also so that he is obedient.

Some of the most common diseases in this breed of dog are:

In addition, it can also suffer from demodicosis, a disease caused by an abnormal proliferation of the Demodex parasite, either due to genetic predisposition or immune deficiency; and disorders of sexual development, which is why it is advisable to sterilize it. Likewise, it is essential to follow their vaccination and deworming schedule.

Typical care of the breed

Among the most basic needs of this dog are regular brushing and physical stimulation to keep him playing and being active as well as exercised.

The care of his coat is simple. As it has a short coat, it only needs to be brushed twice a week. It is convenient to use a soft-tipped brush to avoid damaging their skin. Likewise, bathing them every month and a half or two months will be enough.

On the other hand, the American Staffordshire is a dog that can get bored very easily if it is alone. In fact, it can suffer from separation anxiety if it spends too much time without company. That is why it is necessary to offer him different stimuli such as the Kong and intelligence toys, with which, besides keeping him entertained, he can exploit his potential.

In the same way, it is necessary to make sure that they exercise actively and regularly. For this, he needs at least two to three daily walks of at least 30 minutes.

What is the best diet for the American Staffordshire Terrier?

To ensure that their nutritional needs are met, it is necessary that the food for the American Stafford is complete and balanced throughout their different life stages.

Care during this stage will condition its development and state of health as an adult. That is why it is important to choose a feed specifically formulated for puppies, which also have high energy and, therefore, protein needs. It is also important that their feed has a balanced amount of minerals, vitamins A and D, calcium and phosphorus so that their vision and bones develop optimally.

Once it reaches adulthood, the American Staffordshire needs to maintain its muscle mass. Therefore, their feed should contain an adequate level of high quality protein and essential amino acids from natural ingredients. Likewise, it is convenient to take into account the amount of carbohydrates and that its food is highly digestible, thus avoiding a possible digestive sensitivity. However, this breed of dog can suffer skin problems related to an allergy and for this reason its food should include vitamins that reinforce its natural defenses.

During its senior stage, an American Stafford reduces its activity level, so it is necessary to maintain its muscle mass and ideal weight. So its feed should provide a moderate amount of fats and it is also important that it is rich in antioxidants to delay the deterioration of its joints. And in order to avoid heart disease, this feed should also contain taurine.

Adoption of an American Staffordshire Terrier

Now that you know a little more about this powerful and affable dog breed, you may consider adopting an American Staffordshire. To do so, you must keep in mind that in Spain it is considered a potentially dangerous breed, so you will have to take it out on the street with a muzzle and obtain the mandatory license and insurance for PPP dogs.

Dogs 0
Do you want to know the advantages of sterilizing a puppy? Sterilization consists of annulling fertility,

Dogs 0
The puppy-like gesture on his face and his expression of permanent alertness. These are

Dogs 0
To solve this problem it is necessary to have a lot of patience, observe
Leave a Reply Cancel reply
Recent Posts
Categories
Pages